Editor’s Note: While this review is focused on the Switch version of Graveyard Keeper, each platform exhibits its own separate problems. The game’s subreddit is littered with posts of people complaining about the game’s unfinished state. While fun and a beautiful game, Graveyard Keeper still feels like an Early Access Steam title.

Graveyard Keeper is Dead in the Water on Switch

I really want to love Graveyard Keeper. When it was first announced on PC, I was stoked at the idea of a macabre Stardew Valley. The gorgeous graphics and somber music in the trailers made the game even more enticing.

When it rapidly jumped from an alpha announcement to a release on Steam, I was more than a little concerned. Like so many games before it, it seemed rushed and hadn’t had enough time to properly bake.

Unfortunately, the Graveyard Keeper Switch release a little over a year later only further solidifies that concern.

Graveyard Keeper puts you in the role of a nameless bearded protagonist who, after being hit by a car in the modern world, finds himself in a medieval village where everyone believes he is the newest caretaker of the local graveyard.

With the help of a reanimated skull, you’ll maintain and upgrade the graveyard as well as the local church. The local townspeople offer quests with the ultimate goal of finding your way back home again.

Like Stardew Valley, the game focuses on farming, crafting, and exploration amid a quiet little village. Unlike that title, however, you’ll also prepare corpses for burial in the graveyard, which involves removing certain organs to increase the body’s overall quality. Later, once alchemy is unlocked, you can even embalm the bodies to further increase the quality. Better quality corpses means a better rating for your graveyard, afterall.

As a concept, the game is a blast to play if you’re a fan of similar titles, where crafting and villager relations are the core theme. In practice, the game was rushed to release–and it shows in big–often game-breaking ways.

Something Stinks in this Graveyard

Although most bugs are minor graphical oversights and typos in the game’s dialogue, some are game-breaking bugs. An NPC got stuck in his default state on his available day, preventing me from interacting with him. The issue prevented me from completing any quests that involved that character. This ultimately prevented me from continuing the story without starting over altogether.

Sadly, mine isn’t an unusual case on any platform. On Xbox, similar issues have been reported, including a bug that ruined save files after the DLC update. Some users reported the issue could only be fixed by purchasing the game’s DLC. The Breaking Dead DLC is a free update on PC, but it will cost you $5 on consoles and mobile.

Additionally, the game was mistakenly released early on PS4 back in April and taken down the same day. Now the PS4 version is releasing alongside the Switch version, but I wouldn’t expect those extra months to have made the game better. The extra time certainly didn’t help the Switch version.

Graveyard of Bugs and Broken Promises

All in all, this is another example of a great little premise of an indie game left dead in the water by its developers. Graveyard Keeper is worth a buy on PC for dirt cheap only if you’re a fan of the genre, but steer clear at full price. I also can’t recommend any console version of the game as long as it remains as buggy as it is. The game is buggy on PC as well, but at least there the Breaking Dead DLC is a free update.

There’s no guarantee that purchasing the Breaking Dead DLC on Switch won’t break your save file, either. Many Xbox players report being unable to continue their graveyard after purchasing the DLC when it released.

If you’re looking for a decidedly less buggy experience and haven’t already picked it up, I can’t recommend Stardew Valley enough. Its developer, ConcernedApe, is extremely involved in his game’s community and releases regular updates as well as free DLC.

Enjoyed this deal and want to see more? You can directly support NintyGamer through Patreon.
Buy your eShop credit through Raise and we’ll get a small commission.
We use the money to directly fund this site for more reviews and commentary for Switch fans.

A first look at the world of Cadence of Hyrule 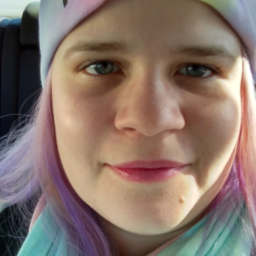